David de Gea returns to the city of his birth and club where he grew up on Wednesday as Manchester United head to Atletico Madrid in a Champions League clash between two giants that have fallen on hard times.

United sit fourth in the Premier League, 17 points behind local rivals Manchester City, and out of both domestic cup competitions, leaving European glory their only remaining shot at ending a five-year wait to win a trophy.

Yet, not for the first time in the 11 years since the then fresh-faced, skinny Spaniard swapped Madrid for Manchester, De Gea has risen to the challenge of playing in a struggling team.

The fact the 31-year-old has by a distance the most saves of any Premier League goalkeeper this season with 96 is testament to both his form and United’s failure to protect their goal as a team.

De Gea’s stats for outperforming expected goals conceded by nearly 10 goals in 26 games is the best for ‘keepers in Europe’s top five leagues.

A return to the sort of form that earned him United fans’ player of the year four times in five years between 2014 and 2018 looked long gone at the end of last season.

His place even as number one at the club was in danger with Dean Henderson finishing the 2020/21 campaign as the regular starter in the Premier League.

De Gea was retained by then manager Ole Gunnar Solskjaer for the Europa League, but was the only player of the 22 to take a penalty not to score as United lost the final to Villarreal in Gdansk.

Despite that disappointment, there were signs of progress for the Red Devils having finished second to Manchester City in the Premier League.

The enthusiasm generated by the signings of Cristiano Ronaldo, Raphael Varane and Jadon Sancho added to hope of a serious title challenge for the first time since Alex Ferguson retired as manager.

Instead, the only player from that 2012/13 league win who is still a regular fixture in the team, has been the only one performing at a level worthy of champions.

A return of one league title, one FA Cup and one League Cup is a paltry return of silverware for 11 years at a club that considers itself the biggest in the world.

Yet, De Gea has shown no bitterness over what could have been for his career had a transfer to Real Madrid gone through just before they embarked on a run of three consecutive Champions League wins.

After weeks of negotiations a deal was finally struck in the dying embers of deadline day in August 2015, but not in time to beat the clock.

Rather than wait for a move, De Gea has twice since extended his contract at United, becoming the highest paid goalkeeper in the world in the process when he penned his last deal in 2019.

“Now I feel as if I’m from Manchester,” De Gea told uefa.com this week.

“Where you are loved and welcomed is your home. I’ve been here for many years and, obviously, anything can happen in life, in the world of football, but honestly I don’t see myself away from Manchester United.”

Stinging criticism from Spain that greeted De Gea’s displays at the 2018 World Cup may have played a part in that reflection.

The last of his 45 caps came over two years ago.

But in a World Cup year the chance to shine in the Spanish capital is one he will relish.

It would be no surprise if United’s defending made sure he is busy. 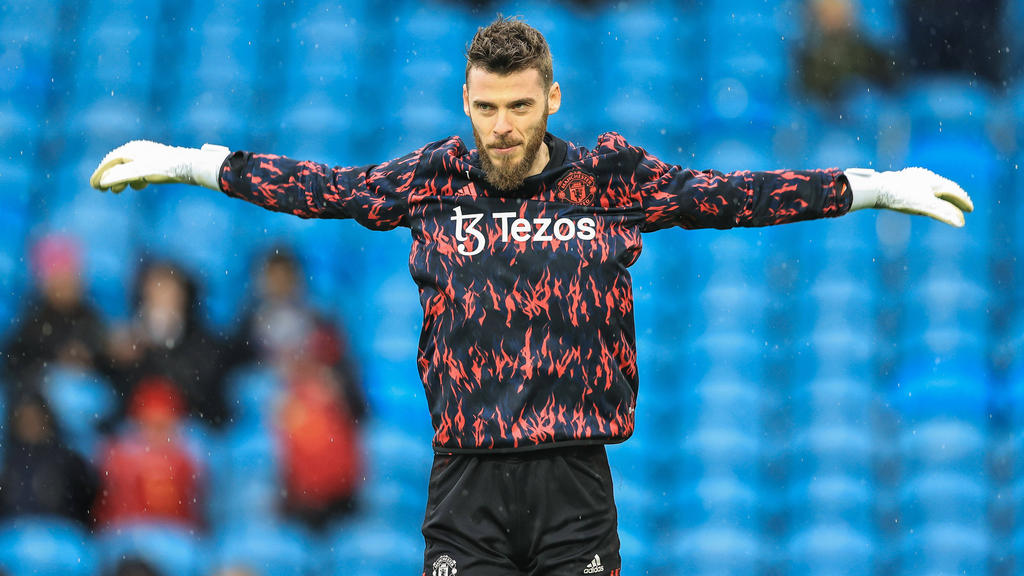